What Do Security Guards Do When Patrolling 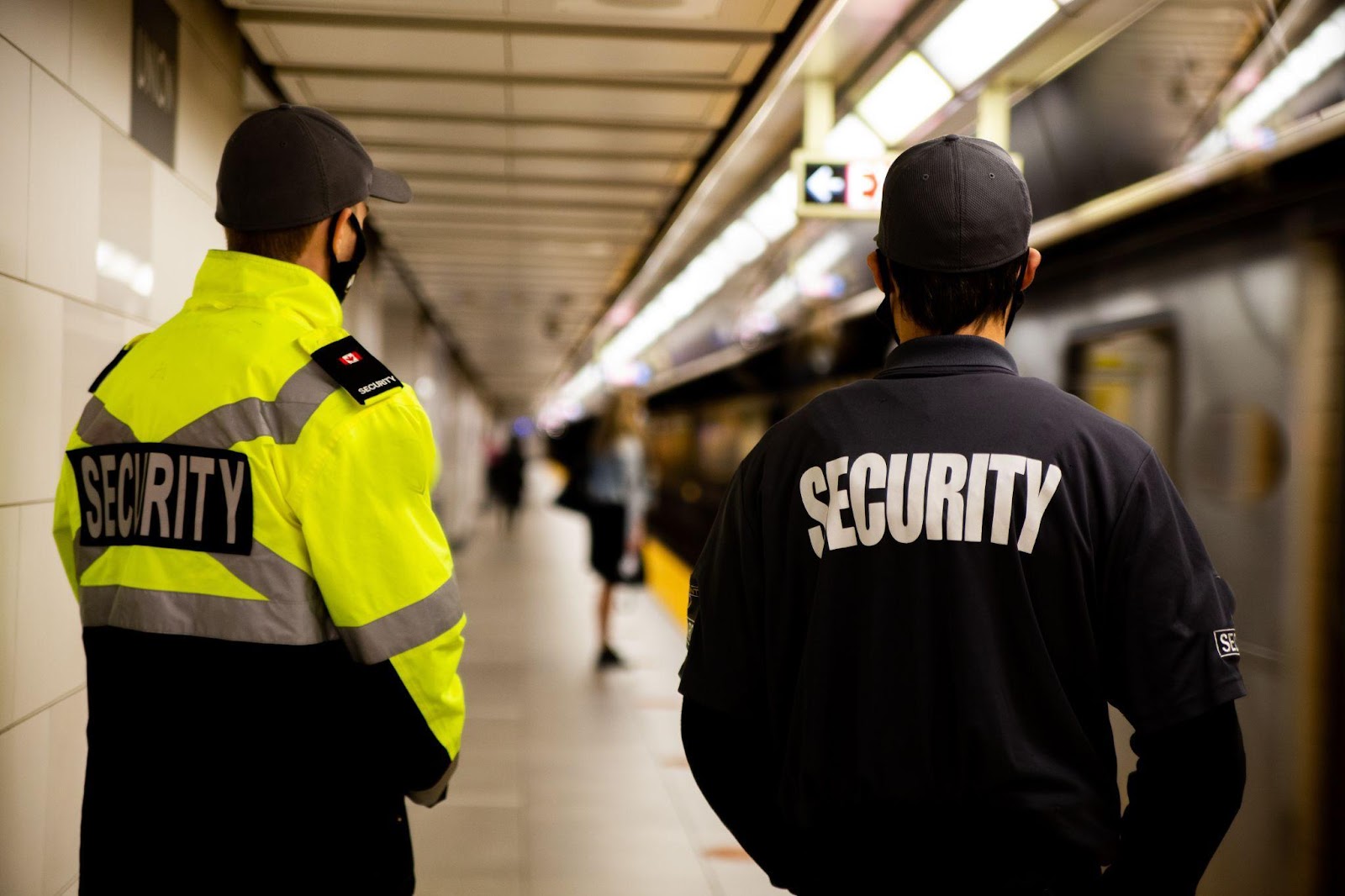 Several important components must be addressed when it comes to security. The presence of a security guard is among the most vital. Security guards are in charge of patrolling a specific area and looking for potential dangers. At first look, security guards patrolling an area appear to be doing nothing. However, trained security guards usually have valid reasons for making such rounds. During a patrol, they are trained to look for certain things that may endanger the people in and around the area they patrol.  They must also be informed of what to look for in order to conduct their work efficiently. This blog post will go over what security guards look for when they are out on patrol. Let’s get this party started!

Assessing all entry and exit points

One of the most crucial jobs of a security guard patrolling an area is to inspect all the entries and exits. Many thieves prey on businesses by breaking in through an unguarded entrance and robbing or defacing the property. This implies they should be on the lookout for suspicious individuals who do not appear to be part of the typical population. When protecting a building, security officers must continually examine the condition of any entrance doors. Those that go to more sensitive areas of the building are usually given greater care than the others. Instead of simply looking at the door to see if it’s open or closed, well-trained security personnel will often check the lock and handle for evidence of tampering. This could imply that someone attempted to gain entrance to the building through this door, which would necessitate further investigation and the installation of additional security measures to deter this.

Security guards must be aware of the conduct of everyone in the area in order to do their tasks successfully. They must be alert to any behavioral changes that could signal that something is amiss. For instance, if someone acts nervous or scared, they could be the suspect. Similarly, if someone uses insulting words or slurs, conflict is likely. Security personnel must be on the lookout for and report such behavior. In addition to inanimate objects, WeaponX security guard company in Los Angeles gives proper training and teaches their guards how to recognize and deal with humans who may constitute a security danger to what the guards are protecting. To do this effectively, the security guard has to be on the lookout for specific behavior, such as staying in the same spot for an extended period of time without appearing to have any business there. They may also have a shady appearance. Essentially, this means being able to interpret body language in order to identify persons who may constitute a security danger to the facility. Reading body language is not a natural skill, which is why guards must be schooled in what to look for. This is also why it is recommended to engage trained guards while securing any facility.

Security guards must be mindful of their surroundings when on patrol. This is due to the fact that they must keep a high level of awareness in order to detect anything odd.

They should, for example, look for unattended goods, bags, or briefcases. They should also be on the lookout for those who are attempting to conceal or seem out of place. Noticing if anything appears to be out of place Security personnel should also keep an eye out for any things or signs that appear out of area. They should also keep an eye out for missing or misplaced things, which could suggest an intruder in the area. For example, if an office building has one damaged window but no windows are missing, this could indicate that there is a problem.

Security guards must be concerned about the safety of everyone in the area. They have to be on the lookout for anything that could harm anyone’s safety.

This includes closing all doors and windows to safeguard against crime, fire, or natural calamities. They must also be mindful of anything that could endanger their safety, such as road hazards.

A security guard has the best chance of detecting an ongoing crime while on routine patrol. In the event of a building, for example, any would-be intruder would find an entry point far away from the guard’s post in order to avoid detection. If the guards are mobile, however, they are more likely to be caught in the act, increasing the likelihood of stopping the crime and apprehending the suspects.

Offering aid to those who may require it

During the patrol, the guard may come across people who are lost or in need of assistance. A lost client in a building, for example, could easily end up in a part of the facility in which they are not allowed to be in, such as the server room. When a guard is on patrol, he or she is likely to encounter lost persons and advise them on how to get to where they need to go.

On the lookout for emergencies

Security guards must be alert of anything that may constitute an emergency while on patrol. This includes fires, ongoing criminal investigations, and any other form of emergency. They must guarantee the safety of any and all people in the area and act quickly in the event of an emergency. These are just a few of the many things security guards must keep an eye out for when on patrol.

Don’t FALL behind on your security detail this season: 3 Fall events that require security